[Article 2 of the series “One Year After the Arab Uprisings.”  Part One, “The Failure of the Arab ‘State’ and Its Opposition” originally appeared at  http://english.al-akhbar.com/content/failure-arab-state-and-its-opposition and was posted on revolutionary frontlines at https://revolutionaryfrontlines.wordpress.com/2012/04/20/the-failure-of-the-arab-state-and-its-opposition … Part 3 of the series is expected soon. — Frontlines ed.] 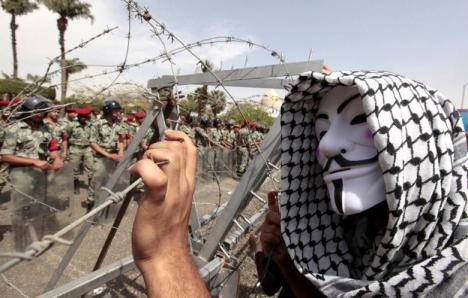 Arab Uprisings: Progress, But Not Yet a Revolution

There is no real class formation in modern Arab societies. The post-colonial Arab “state” is a political and economic disaster area that has yet to advance into the industrialized era. Its social fabric was deformed by imposing and/or magnifying divisions and fragmentation. It transformed the collaborative self-sufficient gatherings – based economically on farming and grazing in rural areas; pillaging and grazing in desert areas; and commerce, crafts, and some manufacturing in cities, with each social group having its own traditions and rules that applied to all members – into malformed consumerist social formations. These formations come in the shape of family, clan, sect or ethnicity for identity, solidarity and protection.

These formations live on the periphery of a globalized service sector, and are governed by regimes that largely destroyed local economies in exchange for a model based on foreign aid. This is a corporate-dependant, commoditized, service-based model, where the ruling class is the representative of global corporations: a comprador formation with interests opposed to local industrialization and production. In countries where natural resources are abundant, the governments opted for exporting raw materials rather than investing in and manufacturing goods with them. Instead, the money was sucked away in a cycle of corruption and parts of it were redistributed down to the people as a form of a “grant” from the benefactor ruler..

END_OF_DOCUMENT_TOKEN_TO_BE_REPLACED

Tribal fighters loyal to Sadiq al-Ahmar, the leader of the Hashed tribe, walk in front of a bullet-riddled building in Sanaa 10 April 2012. (Photo: REUTERS – Mohamed al-Sayaghi)

After one year of the Arab uprisings that initially exploded in Tunisia and swept like wildfire throughout the Arab world, it became very clear that the spark, which has resulted in the removal of three oppressors so far, was spontaneous. That does not mean that the explosion had no preludes. On the contrary, the people were squeezed with each passing day, but those uprisings clearly showed that even in the absence of an organized catalyzing formation (revolutionary party, revolutionary class), an explosion takes place when a certain threshold is reached, a critical mass.

Uprisings in Eastern Europe and the former Soviet-bloc states came about through the work of organized opposition groups and parties (like Solidarity in Poland), and by decades of calm covert undermining, infiltration, and propaganda undertaken by the West. By contrast, the Arab uprising was not led by an organized opposition. Instead, it came as a surprise to the imperialist circles that historically backed their client oppressor regimes.

The Failure of the Post-Colonial Arab “State”

Following the British-French-Italian colonialism of the Arab region, the Europeans left behind an area that they deliberately divided into “states”. These were designed so as to leave no possibility for their becoming truly independent and sovereign. They also left a watchdog and an easy solution to assuage their anti-Semitic-burdened consciousness: “Israel,” a colonial-settler state that would maintain the imperialist design in the wake of the physical withdrawal of its patrons.

The post-colonial states were subordinate by design, by their innate nature of being divided and incomplete, and by the ruling class that followed colonialism. END_OF_DOCUMENT_TOKEN_TO_BE_REPLACED 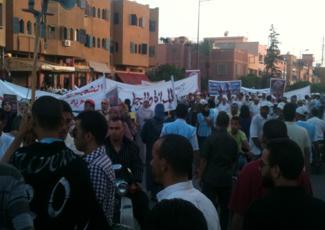 by Mohamed Daadaoui
On the one-year anniversary of the February 20 protest movement in Morocco, (henceforth referred to as Feb. 20), the kingdom boasts relatively meager political progress. Despite the much-vaunted reforms and constitutional changes, Morocco has reinvigorated its state edifice, managed to outmaneuver an inexperienced Feb. 20 protest movement, and engaged in a crackdown on freedom of the press and speech. In the last couple of weeks, the regime has arrested three Moroccans for crimes against his majesty’s person and “defaming Morocco’s sacred values.” In a country where the monarch is inviolable, the use of cartoons depicting the king is considered an outrage to a symbol of the country.

More importantly, a year after the initial mass protests, we need to assess the record of the movement in terms of appeal and success in Morocco. The Feb. 20 movement has undoubtedly sparked a national discussion for institutional changes, but fell short in exercising enough pressure for deeper structural changes to both the political system dominated by the king, and a system of crony-capitalism that has for decades crippled the national economy. The new constitution is an impressive exercise in state management of dissent. Groundbreaking only in its style and cosmetic in terms of real effective change, the constitution allows for greater executive power for the Prime Minister, but falls short in tackling the vast discretionary powers of the monarchy.

The constitution does not address aspects of direly needed reforms. Kleptocracy and nepotism are endemic in the Moroccan administration and economy. No matter how inchoate institutional reforms are, they have to be complemented with stringent, implementable guarantees against abuse of power, corruption, and inequality of the laws. Individual freedom and liberty of the press are guaranteed in the constitution, but have to be safeguarded from the arbitrary abuses of the state. The result is the same maladies of yesteryear: a regime suffering from institutional schizophrenia, promoting inconsequential reforms, and tightening its grip on power and individual freedom.  END_OF_DOCUMENT_TOKEN_TO_BE_REPLACED 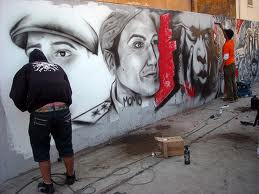 “Everyone has his own way of fighting, and my weapon is art!” says Milad Faraway, a 20 year-old Libyan who created the rap group Music Masters with another young friend in 2010. Their song “Youth of the Revolution” urges “Moammar [to] get out” and end the violation of Libyans’ rights. “Qadhafi, open your eyes wide” sings another rap group Revolution Beat: “you will see that the Libyan people just broke through the fear barrier.” In neighboring Tunisia, twenty-one year old Hamada Ben Amor, known as El General, circulated on the internet his video song “President: Your people are dying” in an open address to Ben Ali during his last days as a dictator. For singing about peace, justice and freedom, Hamada faced jail time even after Mohammed Bouazizi, the young Tunisian street vendor, sacrificed his life for making the same demands. In Algeria, Rabah Ourrad one of the country’s lead rappers, built his popularity on “breaking silence” around the leaders’ corruption, greed and nepotism. Years prior to the recent revolutions that swept through North Africa and the Middle East, Moroccan youth political dissent transpired through the vibrant cultural movement known as the Nayda, or the Moroccan Movida as others call it. Rappers like H-Kayne, Zanka Flow, Hoba Hoba Spirit, and Bigg, are among many who captured the attention of the young generation in ways no political party or ideological current could. END_OF_DOCUMENT_TOKEN_TO_BE_REPLACED

AMY GOODMAN: Thousands of people demonstrated in Madrid Saturday against Morocco’s recent crackdown in Western Sahara. Moroccan security forces last week raided a camp where some 20,000 Sahrawis had been staging a massive protest against the Moroccan occupation.

The Moroccan forces used water cannons, tear gas, batons, fired rubber bullets, to break up the protest camp. Dozens of protesters were wounded. The raid ended what had been described as the biggest protest in Western Sahara since Spain withdrew from the territory 35 years ago. Morocco has announced it will try in a military court over 100 Sahrawi activists who participated in the organization of the camp.

On Saturday, thousands took to the streets of Madrid, Spain, to protest the crackdown. Among those demonstrating were European lawmakers, civil rights and trade union leaders, as well as Academy Award-winning Spanish actor Javier Bardem.

Thousands demonstrate in Madrid against Morocco's assault on the Sahrawi people

JAVIER BARDEM: I’m here today just to show my support to the Sahrawi people and to condemn the violence by the Moroccan government—dictatorship, I would say. And we have to fight for the independence of the Sahrawi people, because the land is theirs, and now it’s totally occupied by Morocco with the support of the United Nations, United States, France, Spain and a lot of other countries.

PROTESTER: [translated] I am here to demonstrate against the injustices taking place in my country. It’s very sad to see that those who govern us support the tyrants and the terrorists. END_OF_DOCUMENT_TOKEN_TO_BE_REPLACED