New SCOTUS Decision In Abu-Jamal Case Is Good, But Not Enough 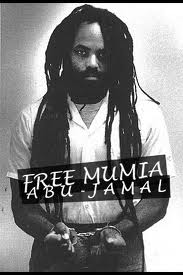 The drama continues in the case of America’s most famous living death row prisoner.

On October 11, the U.S. Supreme Court rejected a request from the Philadelphia District Attorney to overturn a federal appeals court decision declaring Mumia Abu-Jamal’s death sentence unconstitutional. Abu-Jamal had been convicted and sentenced to death for the 1981 murder of Philadelphia police officer Daniel Faulkner.

Now, according to the NAACP Legal Defense and Educational Fund (LDF), “Mr. Abu-Jamal will be automatically sentenced to life in prison without the possibility of parole unless the District Attorney elects to seek another death sentence from a new jury.”

This development is good, but it’s not enough. END_OF_DOCUMENT_TOKEN_TO_BE_REPLACED