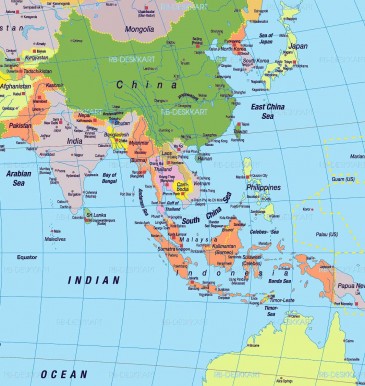 In China’s international relations, 2010 has been the Year of Zero Sum.  On a series of issues, the Western and Asian democracies have demanded that China accept policies that advance their agendas while sacrificing Chinese interests.

On one level this is the inevitable outcome of the Obama administration’s repositioning of its foreign policy away from the amoral, Westphalian-style horse-trading of national interests of the Bush administration.

The United States has now established global adherence to norms championed by the U.S. and its allies—non-proliferation, global warming, democracy, freedom of information, freedom of navigation, open currency markets, and human rights—as the cornerstone of its foreign policy. This does not necessarily mean, of course, that the U.S. holds itself or its allies to such high standards in these realms, notably global warming, but even human rights and freedom of navigation.

By accident or design, the insistence on these norms as the driver behind global policy leaves nations, particularly an authoritarian government like the PRC, which is outside of the U.S.-defined mainstream on virtually all of these issues, little scope to define and advance its competing national interests as legitimate.

It also has the effect of isolating China from Western and some Asian democracies—a useful geopolitical windfall for nations anxious about China’s rising economic, military, and geopolitical clout and the global gains Beijing made in the first decade of the 20th century while the Bush administration was asleep at the Asian switch.

In 2010, China was called upon to sacrifice its own interests on virtually all of the Obama administration’s key initiatives. On global warming, China was asked to abandon the highly favorable terms of the Kyoto Protocol for an economically costly cap on its greenhouse gas emissions even as the U.S. failed to commit to any significant controls. On the issue of Google, the Obama administration (which counts a significant number of Google insiders in its tech-policy brain trust) called on China to tear down that Great Firewall, something that China considers an unacceptable political risk.

On Iran, China was pressed to put its energy security and alliance with Iran at risk in order to join the U.S.-led crusade against Iran’s nuclear ambitions. On North Korea, China was told to abandon its useful buffer, the DPRK, and join a chorus of condemnation over the sinking of the Cheonan that would shift the focus toward the reunification of the peninsula under the aegis of the United States and the ROK. On currency, the U.S. has demanded that China substantially appreciate its currency with the anticipated result of reducing its exports so the United States can try to find a way out of its economic difficulties. END_OF_DOCUMENT_TOKEN_TO_BE_REPLACED