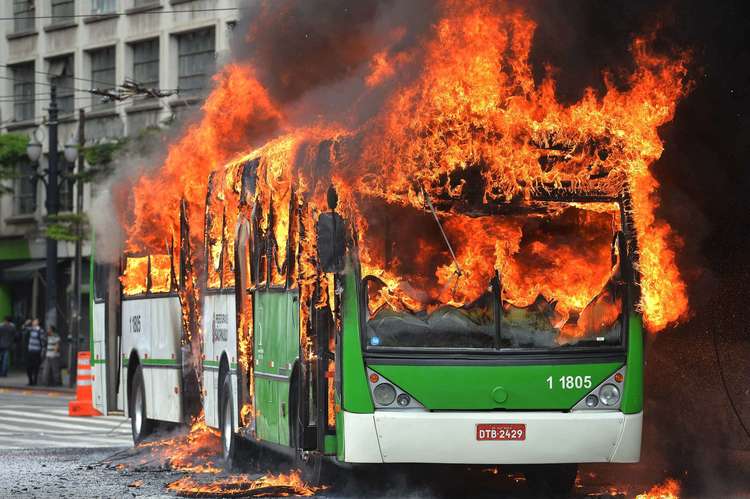 “All of a sudden this morning, this neighborhood was like something out of a terror film,” said Ylma Calixto, 38, who works across the street from the site of the eviction. “The people living in that building, they had nowhere else to go, and so when the police came, they fought back the way I guess they thought they should.” END_OF_DOCUMENT_TOKEN_TO_BE_REPLACED

“To get the gold, they will have to kill every one of us”

Of the thousands of “Avatar” screenings held during the film’s record global release wave, none tethered the animated allegory to reality like a rainy day matinee in Quito, Ecuador.

It was late January 2010 when a non-governmental organization bused Indian chiefs from the Ecuadorean Amazon to a multiplex in the capital. The surprise decampment of the tribal congress triggered a smattering of cheers, but mostly drew stares of apprehension from urban Ecuadoreans who attribute a legendary savagery to their indigenous compatriots, whose violent land disputes in the jungle are as alien as events on “Avatar’s” Pandora.

The chiefs — who watched the film through plastic 3-D glasses perched beneath feathered headdress — saw something else in the film: a reflection. The only fantastical touches they noticed in the sci-fi struggle were the blue beanstalk bodies and the Hollywood gringo savior. “As in the film, the government here has closed the dialogue,” a Shuar chief told a reporter after the screening. “Does this mean that we do something similar to the film? We are ready.”

Three years after “Avatar’s” Quito premiere, declarations of martial readiness are multiplying and gaining volume throughout the tribal territories of Ecuador’s mountainous southeast. The warnings bare sharpest teeth in the Shuar country of the Cordillera del Condor, the rain forest mountain range targeted by President Rafael Correa for the introduction of mega-mining.

In recent years, the quickening arrival of drills and trenchers from China and Canada has provoked a militant resistance that unites the local indigenous and campesino populations. The stakes declared and the violence endured by this battle-scarred coalition is little-known even in Ecuador, where Correa has made muscular use of state security forces in arresting activists and intimidating journalists who threaten his image as an ecologically minded man-of-the-people. This repression has only intensified in the run-up to Correa’s expected reelection on Feb. 17.

[Domingo Ankwash, a Shuar leader and president of the Asociacion Bomboiza, is leading the fight against proposed large scale mines in the Cordillera del Condor.]

My guide to this simmering “Avatar” in the Amazon was a 57-year-old Shuar chief named Domingo Ankuash. Like many elder Shuar, Ankuash does not appear to be blustering when he says he will die defending his ancestral lands in the province of Morona-Santiago, which borders Peru. Early in my month traveling the Condor, he took me deep into the country for which he is prepared to lay down his life. After a steep two hours’ hike from his village, we arrived at a forest clearing of densely packed earth. Through the trees and hanging vines, a 40-foot waterfall replenished a deep rock-strewn lagoon. The cascade is one of thousands in the Condor cordillera, a rolling buffer between the cliffs of the eastern Andes and the continental flatness of the Amazon basin. END_OF_DOCUMENT_TOKEN_TO_BE_REPLACED