[4/3 UPDATE: Abu-Jamal has reportedly been moved by the Dept. of Prisons back to SCI-Mahoney’s infirmary, where there is no specialist on diabetes, despite his apparently still being in an acute health crisis. Sigificantly, his supporters note that this shift makes it even more difficult for family members, supporters and reporters to monitor his treatment and condition.To help Mumia immediate action must be taken. You can help by Calling Pennsylvanian Department of Correction Director of Health Care Services Richard Ellers at 717-728-5311 (rellers@pa.gov) and express your concern for Mumia’s medical treatment. You can also call SCI Mahoney Pennsylvanian Department of Correction Superintendent John Kereste at 570-773-2158, to express your concern. Take action now to help save Mumia’s life!] 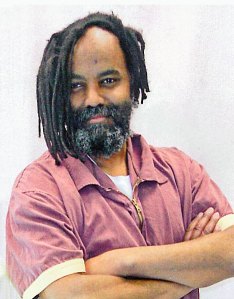 Mumia Abu-Jamal, the radical Philadelphia journalist convicted of killing a white Philadelphia police officer in a trial fraught with prosecutorial misconduct, witness coaching and judicial prejudice back in 1981, spent nearly three decades in solitary confinement in the deliberately designed hell of Pennsylvania’s supermax SCI Green prison before a panel of federal Appeals Court judges eventually ruled that he’d been unconstitutionally sentenced to death.

He, of course, received no apology for the state’s making him illegally and improperly spend all those years in solitary waiting to be wrongfully executed. Instead, with that ruling (after a few years of legal stalling by the Philadelphia district attorney’s office), he was simply switched over to a sentence of life without possibility of parole and moved to the SCI-Mahoney prison in central Pennsylvania.

Now, it appears the state, which lost its chance to execute him, may be trying to kill him another way, as word comes that this world-renowned political prisoner had to be rushed to the hospital this week, unconscious from an undiagnosed case of severe diabetes.

END_OF_DOCUMENT_TOKEN_TO_BE_REPLACED

[When a politician–a Congressman–calls for justice for a victim of racial profiling, he has stepped over the line of acceptable conduct for bourgeois politicians.  Bobby Rush, who is the only politician who defeated Barack Obama in an election, has moved a long way from his Black Panther roots–but felt the need to make a call for justice over the outrageous murder of Trayvon Martin.  Yet, he was removed from the floor of Congress for wearing a symbolic hoodie while making this call. — Frontlines ed.]

Members of the New York City Council have worn them. Players on the Miami Heat were photographed wearing them. Numerous celebrities have donned them. And on Wednesday, Rep. Bobby Rush, D-Ill., was escorted from the House floor for wearing one while addressing members of Congress over the killing of Trayvon Martin, the unarmed Florida teenager who was gunned down last month.

We’re of course talking about hooded sweatshirts. A hoodie is the article of clothing that Geraldo Rivera claimed was as much responsible for Martin’s death—he was wearing one at the time he was shot—as George Zimmerman, the man holding the gun that claimed Martin’s young life.

Rush took to the House floor to call for a full investigation into the shooting death of 17-year-old Martin. END_OF_DOCUMENT_TOKEN_TO_BE_REPLACED