[the following is from an article which appeared in the French press (see the entire article at http://observers.france24.com/content/20110923-china-modern-day-maoists-worry-authorities-commemoration-unrest-taiyuan)%5D

A group of Maoists commemorating the 35th anniversary of Mao Zedong’s death in the northern Chinese city of Taiyuan was violently broken up by police. Chinese authorities have no patience for these Mao-lovers, who seem to have forgotten the former communist leader’s authoritarian streak and retained only the idyllic vision of a fairer society. One Chinese Maoist gives us his account.The unrest occurred on September 9, when several dozen Maoists gathered in Taiyuan, chanted revolutionary slogans and delivered inflammatory speeches based on Mao’s Little Red Book. 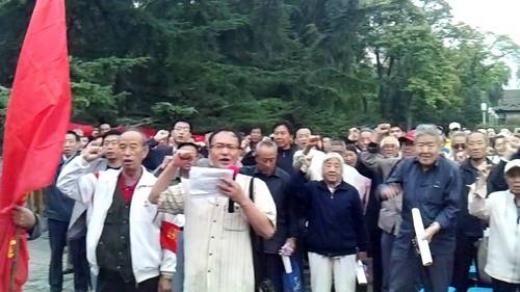 At the end of the demonstration, police tried to arrest the leader of the movement. Other protesters rallied to protect him, shouting “Long live Chairman Mao!” Nine people were arrested, but the organiser managed to escape. Most participants were active members of the website “Utopia”, the biggest leftist forum on the Chinese Web.

For this new generation of Maoists, the Chinese Communist Party has betrayed their leader’s roots by succumbing to capitalism and world trade. As a result foreign companies have been allowed to run amok in China, exploiting the country’s low-paid workers and wreaking havoc on the environment. 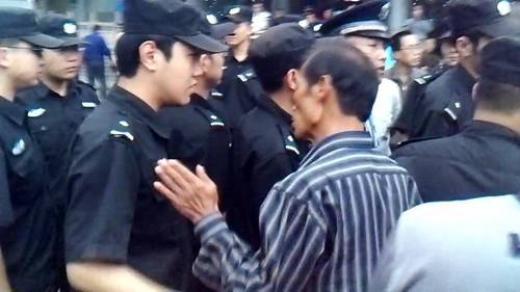 In today’s China, where disparities between groups are rapidly growing, Maoists are attracting an ever-growing following among the poor and working classes, which have been hard hit by unemployment and inflation. Their growing popularity, however, has also drawn the wrath of local authorities……………………………

——————————————————-
“A small group of people controls the country and exploits the rest of the population”Hua Quiao was born in 1972 and lives in Shanghai. He’s a Maoist photographer and activist, and blogs for the website Utopia. Although members of Utopia usually avoid speaking to the foreign press, he agreed to speak to us through an interpreter.

“I’m a Maoist, and I feel both leftist and socially conservative. Utopia, the website I write for, owns a bookstore in Beijing. That’s sort of our headquarters. But our ideology is very controversial in modern-day China, and it’s often simpler and safer for us to communicate online. END_OF_DOCUMENT_TOKEN_TO_BE_REPLACED