[Common to capitalist politics, and especially in the areas of semi-feudal and semi-colonial countries dominated in comprador fashion by imerialism, is the currency of bribes, corruption, gangs and cartels all of which fuel the political system with gross threats and extreme illicit wealth.  Responding to inquiries about how this works in India, which has recently been visited by prominent anti-corruption campaigns, Arundhati Roy sums up some key points which illuminate this corruption in India and in many other countries. The interview appears in Outlook India Magazine, November 26, 2012. — Frontlines ed.]

On the anti-corruption movement that has implications for politics, media and the national discourse 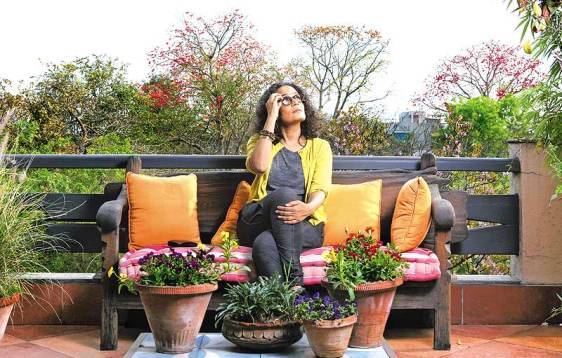 In August last year, Arundhati Roy wrote a piece that raised important questions about the Anna Hazare movement. A lot has changed since then and Arvind Kejriwal and Anna have taken divergent paths. Kejriwal will launch a political party on November 26 and in the last few months he has, along with lawyer Prashant Bhushan, taken on powerful politicians and corporates. Saba Naqvi sent Arundhati five questions on e-mail to get her views on what is an evolving situation that has implications for politics, media and the national discourse. Here are Arundhati’s very detailed answers.

What do you make of these many corruption exposes and do you see this as a healthy development?

It’s an interesting development. The good thing about it is that it gives us an insight into how the networks of power connect and interlock. The worrying thing is that each scam pushes the last one out of the way, and life goes on. If all we will get out of it is an extra-acrimonious election campaign, it can only raise the bar of what our rulers know we can tolerate, or be conned into tolerating. Scams smaller than a few lakh crores will not even catch our attention. In election season, for political parties to accuse each other of corruption or doing shady deals with corporations is not new—remember the BJP and the Shiv Sena’s campaign against Enron? Advani called it ‘Looting through liberalisation’. They won that election in Maharashtra, scrapped the contract between Enron and the Congress government, and then signed a far worse one!

“Each scam pushes the last out of the way. If all it ends in is an extra-acrimonious election campaign, it’ll only raise the bar of what our rulers think we can tolerate.”

Also worrying is the fact that some of these ‘exposes’ are strategic leaks from politicians and business houses who are spilling the beans on each other, hoping to get ahead of their rivals. Sometimes it’s across party lines, sometimes it’s intra-party jockeying. It’s being done brilliantly, and those who are being used as clearing houses to front these campaigns may not always be aware that this is the case. If in this process there was some attrition and corrupt people were being weeded out of the political arena, it would have been encouraging. But those who have been ‘exposed’—Salman Khurshid, Robert Vadra, Gadkari—have actually been embraced tighter by their parties. Politicians are aware of the fact that being accused or even convicted of corruption does not always make a dent in their popularity. Mayawati, Jayalalitha, Jaganmohan Reddy—they remain hugely popular leaders despite the charges that have been brought against them. While ordinary people are infuriated by corruption, it does seem as though when it comes to voting, their calculations are more shrewd, more complicated. They don’t necessarily vote for Nice Folks.

Why do you think stories that the media knew about but never carried or paid a price for carrying are suddenly coming out like a rash and new details are emerging in the process?

Just because there is a new kid in town, we mustn’t forget that some media houses and several other groups and individuals, at cost to themselves, have played a part in exposing major scams, like the Commonwealth games, 2G and Coal-gate, which shone the light on private corporations and sections of the media as well. Ironically, the Anna Hazare movement last year concentrated solely on politicians and let the others off the hook. But you’re right, there are cases in which the facts were known, but they remained unpublished until now. And suddenly it’s raining corruption scams now—some are even being recycled. Corruption has become so blatant, so pathological that those involved don’t even try very hard to hide their tracks. END_OF_DOCUMENT_TOKEN_TO_BE_REPLACED 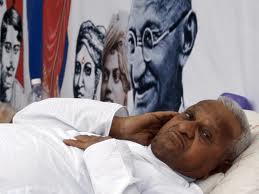 The ‘Second freedom struggle’ is nothing but an attempt of the ruling classes to consolidate themselves: The Indian ruling classes today face an immense crisis, and are finding it increasingly difficult to sustain the mask of ‘world’s largest democracy’. Given the onslaught on the people and their livelihood—through the acquisition of resources such as land, forests and other means of livelihood; the steep price rise of basic commodities; the privatisation of health, transport, water, electricity and education — the state faces the resistance of militant peoples’ movements. And everywhere, the state is responding to this discontent and resistance with brute force. In addition to this central crisis, the ruling classes were reeling under the exposure of a series of scams such as 2G, Commonwealth Games, Adarsh Housing, etc. involving unimaginable amounts of money. It is precisely these circumstances that have given rise to an ‘anti-corruption drive’ led by the so-called civil society and made it possible for the corporate media to project a reactionary like Anna Hazare as a hero in the eyes of the urban middle classes. Sweeping under the carpet more urgent structural issues affecting the vast majority of people and their very survival, ‘Team Anna’ has projected corruption as the central issue plaguing Indian society. END_OF_DOCUMENT_TOKEN_TO_BE_REPLACED