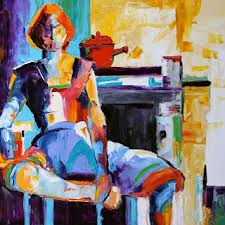 Except that the wounds also bleed inside.
There is no difference between being raped
And being run over by a truck
Except that afterward men ask if you enjoyed it.

There is no difference between being raped
And being bitten by a rattlesnake
Except that people ask if your skirt was short
And why you were out alone anyhow.

There is no difference between being raped
And going headfirst through a windshield
Except that afterwards you are afraid
Not of cars
But half the human race.

The rapist is your boyfriend’s brother.
He sits beside you in the movies eating popcorn.
Rape fattens on the fantasies of the normal male
Like a maggot in garbage.

Fear of rape is a cold wind blowing
All of the time on a woman’s hunched back.
Never to stroll alone on a sand road through pinewoods,
Never to climb a trail across a bald
Without that aluminum in the mouth
When I see a man climbing toward me.

Never to open the door to a knock
Without that razor just grazing the throat.
The fear of the dark side of hedges,
The back seat of the car, the empty house
Rattling keys like a snakes warning.
The fear of the smiling man
In whose pocket is a knife
Waiting to glide its shark’s length between my ribs.
In whose fist is locked hatred.