[The noted Black author James Balwin wrote to Angela Davis in 1970, when she was being unjustly prosecuted during the Nixon era, that “we must fight for your life as though it were our own—which it is—and render impassable with our bodies the corridor to the gas chamber. For, if they take you in the morning, they will be coming for us that night.”  These words continue to ring true, and loud, today. Those who act like nothing’s wrong, those who do not speak and act against the unjust persecution of people of whatever shape, size, color, and belief, will certainly face such fate themselves, in due time.  The time to resist is now. — Frontlines ed.] 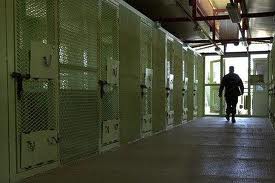 WASHINGTON – President Obama signed the National Defense Authorization Act (NDAA) into law today. The statute contains a sweeping worldwide indefinite detention provision.  While President Obama issued a signing statement saying he had “serious reservations” about the provisions, the statement only applies to how his administration would use the authorities granted by the NDAA, and would not affect how the law is interpreted by subsequent administrations.  The White House had threatened to veto an earlier version of the NDAA, but reversed course shortly before Congress voted on the final bill.

“President Obama’s action today is a blight on his legacy because he will forever be known as the president who signed indefinite detention without charge or trial into law,” said Anthony D. Romero, ACLU executive director. “The statute is particularly dangerous because it has no temporal or geographic limitations, and can be used by this and future presidents to militarily detain people captured far from any battlefield.  The ACLU will fight worldwide detention authority wherever we can, be it in court, in Congress, or internationally.”

Under the Bush administration, similar claims of worldwide detention authority were used to hold even a U.S. citizen detained on U.S. soil in military custody, and many in Congress now assert that the NDAA should be used in the same way again. The ACLU believes that any military detention of American citizens or others within the United States is unconstitutional and illegal, including under the NDAA. In addition, the breadth of the NDAA’s detention authority violates international law because it is not limited to people captured in the context of an actual armed conflict as required by the laws of war.

“We are incredibly disappointed that President Obama signed this new law even though his administration had already claimed overly broad detention authority in court,” said Romero. “Any hope that the Obama administration would roll back the constitutional excesses of George Bush in the war on terror was extinguished today. Thankfully, we have three branches of government, and the final word belongs to the Supreme Court, which has yet to rule on the scope of detention authority. But Congress and the president also have a role to play in cleaning up the mess they have created because no American citizen or anyone else should live in fear of this or any future president misusing the NDAA’s detention authority.”

The bill also contains provisions making it difficult to transfer suspects out of military detention, which prompted FBI Director Robert Mueller to testify that it could jeopardize criminal investigations.  It also restricts the transfers of cleared detainees from the detention facility at Guantanamo Bay to foreign countries for resettlement or repatriation, making it more difficult to close Guantanamo, as President Obama pledged to do in one of his first acts in office.