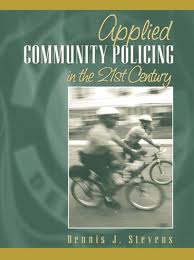 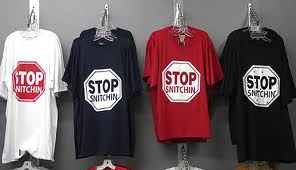 The following discussion of U.S. domestic counterinsurgency is adapted and condensed with permission from “The Other Side of the COIN: Counterinsurgency and Community Policing” by Kristian Williams.  Williams is a member of Rose City Copwatch in Portland, Oregon, and the author of Our Enemies in Blue: Police and Power in America (Soft Skull, 2004; South End Press, 2007).  The full paper appeared in the May 2011 issue of Interface, and a full list of bibliographic sources can be found there.
The unrest of the 1960s left the police in a difficult position.  The cops’ response to the social movements of the day — the civil rights and anti-war movements especially — had cost them dearly in terms of public credibility, elite support, and officer morale.  Frequent and overt recourse to violence, combined with covert surveillance, infiltration, and disruption (typified by the FBI’s COINTELPRO operations), had not only failed to squelch the popular movements, it had also diminished trust in law enforcement.

The police needed to re-invent themselves, and the first place they looked for models was the military. Military training, tactics, equipment, and weaponry, made their way into domestic police departments — as did veterans returning from Vietnam, and, more subtly, military approaches to organization, deployment, and command and control.  Police strategists specifically began studying counterinsurgency warfare.

“Counterinsurgency” (or “COIN” is military jargon) refers to a kind of military operation outside of conventional army-vs.-army war-fighting, and is sometimes called “low-intensity” or “asymmetrical” combat.  But counterinsurgency also describes a particular perspective on how such operations ought to be managed.  This style of warfare is characterized by an emphasis on intelligence, security and peace-keeping operations, population control, propaganda, and efforts to gain the trust of the people.

This last point is the crucial one.  As U.S. Army Field Manual, FM 3-24, Counterinsurgency, declares:  “Legitimacy is the main objective.”

So during the period of police militarization, the cops also began experimenting with a “softer,” more friendly type of law enforcement — foot patrols, neighborhood meetings, police-sponsored youth activities, and attention to quality-of-life issues quite apart from crime.   These techniques eventually coalesced into an approach called “community policing.”
Both militarization and community policing arose at the same time, and in response to the same social pressures.  The advantages the state receives from each aspect are fairly clear:  Militarization increases available force, but as important, it also provides improved discipline and command and control.  It re-orders the police agency to allow for better coordination and teamwork, while also opening space for local initiative and officer discretion.

Community policing, meanwhile, helps to legitimize police efforts by presenting cops as problem-solvers.  It forms police-driven partnerships that put additional resources at their disposal and win the cooperation of community leaders.  And, by increasing daily, friendly contacts with people in the neighborhood, community policing provides a direct supply of low-level information.

Such information is vital, because COIN theorists advocate preemptive action against budding rebellions.  The problem is that, at the early stages, subversion is not obvious and the state may not know that a threat exists.  In order to anticipate conflict and prevent an insurgency, as FM 3-24 explains, COIN strategists “require insight into cultures, perceptions, values, beliefs, interests and decision-making processes of individuals and groups.”  The resulting intelligence work is concerned with questions that are primarily sociological.

The U.S. government’s mapping of the American Muslim population should be viewed in this light.  In 2002 and 2003, the Department of Homeland Security requested — and received — statistical data, sorted by zip code and nationality, on people who identified themselves as “Arab” in the 2000 census.  And in February 2003, FBI director Robert Mueller ordered all 56 Bureau field offices to create demographic profiles of their areas of operation, specifically including the number of mosques.  One Justice Department official explained that the demographics would be used “to set performance goals and objectives” for anti-terror efforts and electronic surveillance.  Similarly, in 2007, the LAPD began planning its own mapping program, dressed in the rhetoric of community policing. As the L.A. Times reported, the “Los Angeles Police Department’s counter-terrorism bureau proposed using U.S. census data and other demographic information to pinpoint various Muslim communities and then reach out to them through social service agencies.”

By working with welfare services, churches, non-profits, and similar organizations, police can insinuate themselves into the fabric of neighborhood life, gain access to new sources of information, and influence community leaders.  Sometimes the police can used these relationships to channel and control political opposition, moving it in safe, institutional, and reformist directions, rather than toward more radical or militant action.

We saw this dynamic at work in Oakland after transit police shot and killed an unarmed black man in 2009.  In practice, preventing riots became the primary focus of the institutionalized left, as local nonprofits and churches collaborated with police to contain community anger and channel it into ritualized protest.  There is no guarantee that resistance would have gone further had the nonprofits not intervened, or that greater conflict would have won greater gains.  But their intervention certainly helped to contain the rebellion, and closed off untold possibilities for further action.  That is, quite clearly, what it was intended to do.

We also see the logic of counterinsurgency at work in police anti-gang campaigns: The creation of databases listing suspected gang members; the mapping of the social environment, illustrating connections between gang members, associates, families, etc.; the development of community contacts, especially with local leaders — all these police practices mirror the techniques of military occupation.  Police intelligence efforts are then paired with a campaign of persistent low-level harassment — stops, searches, petty citations, and the like.  Each instance of harassment offers the cops the opportunity to collect additional information on the gang network while at the same time creating an inhospitable environment for those associated with gang activity.

For example, in Salinas, California, the Monterey County Gang Task Force conducts mass-arrest “round-ups,” makes random traffic stops, and regularly searches the homes of gang members on parole or probation.  The sheer volume of such activity is astonishing: Since it was formed in 2005, the Task Force has been responsible for 21,000 vehicle or pedestrian stops, 5,000 parole and probation “compliance” searches, and 2,800 arrests.

Furthermore, since February 2009, combat veterans from Iraq and Afghanistan have been serving as advisors to Salinas police, with the stated aim of applying counterinsurgency tools to local anti-gang efforts. Along with their expertise, the military advisors also arrive with software, including a computer program that maps the connections between gang activity, individual suspects, and their social circles, family ties, and neighborhood connections.

Salinas police have also initiated partnerships with other local, state, and federal law enforcement agencies, including the Marshals, the ATF (Alcohol, Tobacco, and Firearms), the FBI, and Immigration and Customs Enforcement. The most spectacular product of these partnerships, so far, was a set of coordinated raids on April 22, 2010, codenamed “Operation Knockout.”

The raids — coming after months of investigation — mobilized more than 200 law enforcement agents and resulted in 100 arrests, as well as the confiscation of forty pounds of cocaine, fourteen pounds of marijuana, and a dozen guns.  Operation Knockout was intended, not only to disrupt the targeted gangs, but to serve as a warning to others.  Deputy Police Chief Kelly McMillin said: “We’re going to follow quickly with call-ins of specific groups that we know are very active. . . .  We are going to tell them that what happened on the 22nd could very well happen to them.”

Such anti-gang efforts are always implicitly political, especially as they become permanent features of life in poor Black and Latino communities.  Though ostensibly aimed at preventing gang violence, counter-gang campaigns inevitably lead police to monitor the entire community. One Fresno cop explains the intended scope of his department’s gang files: “If you’re twenty-one, male, living in one of these neighborhoods, been in Fresno for ten years and you’re not in our computer­then there’s definitely a problem.”

With the emergence of the counterinsurgency model, the state has ceased to view subversives in isolation from the society surrounding them.  Increasingly, it has directed its attention — its intelligence gathering, its coercive force, and its alliance building — toward the population as a whole.  Repression, in other words, is not something that happens solely, or even mainly, to activists; and it not just the province of red squads, but of gang enforcement teams, neighborhood liaison officers, and even police advisory boards.  It comprises all those methods — routine and extraordinary, coercive and collaborative — used to regulate the conflict inherent in a stratified society.  Our task is to decipher the politics implicit in these efforts, to discern the ways that they preserve state power, neutralize resistance, and maintain social inequality.

Our further task is to respond.  An effective response to repression must include an offensive component — an attack against the apparatus of repression, which (if successful) will leave the state weaker and the social movement stronger.  This outcome, of course, should be the aim from the start.

But it is, in a sense, misleading to speak solely in terms of responding to repression.  Repression exists already.  It intervenes preemptively.  It forms part of the context in which we act.  Oppositional movements cannot avoid repression; the challenge, instead, must be to overcome it.

An abridged version of a longer article
( http://www.interfacejournal.net/wordpress/wp-content/uploads/2011/05/Interface-3-1-Williams.pdf );