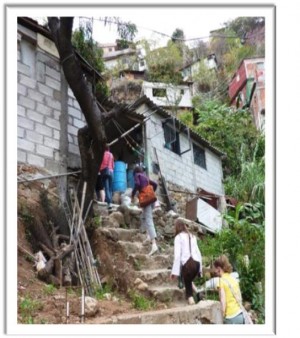 MEXICO CITY (IPS) – “I don’t understand why we should celebrate [Independence]. There will be no freedom in Mexico until repression against indigenous peoples is eliminated,” says Sadhana, whose name means “moon” in the indigenous Mazahua language.

Over the course of the year, the Mexican government has organised a series of lavish celebrations to mark the 200th anniversary of the start of the war of independence against the Spanish Empire, Sep. 16, 1810. The main events, held Sep. 15, included a military parade with soldiers from several other countries and a fireworks display.

But to many of Mexico’s indigenous peoples, the festivities are an alien concept.

According to indigenous organisations, at least a third of Mexico’s 108 million people are of native descent. But the government’s National Council on Population says the majority of Mexicans are mestizo (of mixed European and indigenous ancestry), while 14 million belong to one of the country’s 62 native groups.

“There is no birth certificate or other official document that says we are indigenous. The official calculations are based on the census that asks just one question about this: if you speak an indigenous language. That is the only element they use to define who is indigenous,” said Julio Atenco Vidal, of the Regional Coordinator of Sierra de Zongolica Indigenous Organisations, in the southeastern state of Veracruz.

“Furthermore, there are many who say they are not indigenous, because it is associated with backwardness,” he told IPS.

Registered by her Mazahua parents with the name “Daleth Ignacio Esquivel,” Sadhana, 14, participates in a dance group of Mexica origin. They promote the recovery of their ancestral language among youths in San Miguel, a town in the central state of Mexico.

In the latest census of population and housing, conducted in May and June, the question about personal ethnic identification was added.

Regardless, the proportion of native peoples in Mexico today is much smaller than in 1810, when the war of independence began. At that time, eight out of 10 people were indigenous. By 1910, when the Mexican Revolution began, the ratio was six out of 10.

What has not changed, Abundio Marcos told IPS, is the neglect and misery of indigenous peoples. “We are not proud of these years (as an independent nation) because for us they have been years of exclusion,” said the leader of the Purépecha Nation.

“We are forgotten, although we continue to possess most of Mexico’s natural wealth. Half is in indigenous territories, and that is why the Mexican government does not include us in that idea of democracy, because we do not exist,” he said.

The government does acknowledge that three-quarters of its native peoples are poor, and that many live in extreme poverty. Infant mortality in indigenous communities reaches 60 percent — far above the national average.

Malnutrition, which affects one-third of Mexico’s population, is especially evident among indigenous children.

“The problem has become more rural, more indigenous, and more concentrated in the small, isolated municipalities,” according to the study “Regionalisation of the Nutritional Situation in Mexico and Index of Nutritional Risk,” elaborated in 2004 by the government’s Salvador Zubirán National Institute of Medical and Nutritional Sciences.

The report shows that, since 1967, when the country’s first nutritional map was drawn, the critical zones have not changed.

Of all the segmentds of the population, indigenous women have the worst living conditions, according to the National Commission for the Development of Indigenous Peoples. These women suffer serious health problems resulting from nutritional deficiencies and high birth rates.

From childhood, indigenous girls are obligated to help their mothers. They tend to marry between ages 13 and 16. And their “normal” workday can last 18 hours daily.

Meanwhile, illiteracy among indigenous children is five times greater than among mestizo children.

An extreme case of indigenous exclusion is found in San Juan Copala, in the southern state of Oaxaca, home of the Triqui community, which declared itself “autonomous” in 2007. The Triqui people have been under siege since January by illegal armed groups that block the entry of food and medicine, and teachers. Governmental authorities have yet to intervene.

The ongoing harassment has led to at least a dozen deaths since 2007 and earned a denunciation from the United Nations Office of the High Commissioner of Human Rights. In April, the armed groups ambushed an international humanitarian convoy that was attempting to bring supplies to the Triqui village.

“We are celebrating the construction of a type of stratified and racist state, which is what has been created in Mexico, often based on liberal ideas,” said Rodolfo Stavenhagen, a researcher at the Colegio de México and former UN special rapporteur on the situation of the human rights and fundamental freedoms of indigenous peoples.

“Now is a good time to reform the concept of ‘nation’. We must take steps in building an indigenous citizenry and indigenous spaces that have never before appeared in Mexico’s institutional fabric,” Stavenhagen told IPS.

Along similar lines, 177 organisations from 15 states are working to breathe new life into the indigenous movement. It has been largely stagnant since 2001, when the government quashed the efforts towards autonomy by the indigenous Zapatista National Liberation Army, which took up arms in January 1994 in the southern state of Chiapas.

Now, in a new national and international context, the organisations are pursuing a model of a “plurinational” and “pluricultural” state, one that includes Mexico’s array of indigenous ethnicities “without adulteration or compromise.”

“We don’t have anything to celebrate,” reads a declaration from the National Indigenous Movement, which met in the capital on Sep. 15 while the rest of the country commemorated 200 years of the Mexican republic.

The movement questioned “the irrational festive nature of the great national celebration,” on which the government spent 200 million dollars, “while our peoples are fighting hunger and desperation.”