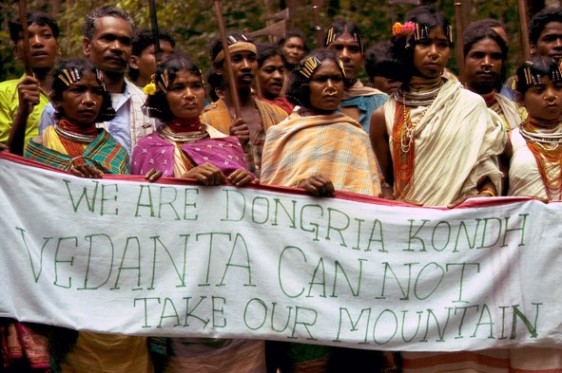 In a highly unusual move, India’s Prime Minister has intervened directly in the approval process for one of the world’s most controversial mines.

The office of Prime Minister Dr. Manmohan Singh has written to the Environment and Forests Ministry urging it to clear Vedanta’s proposed Niyamgiri mine in Odisha. The mine cannot go ahead without official clearance from the Ministry.

The mine is likely to have a devastating effect on the Dongria Kondh tribe who live in the area. A Dongria Kondh man told Survival International, ‘Mining only makes profit for the rich. We will become beggars if the company destroys our mountain and our forest so that they can make money.’ The tribe has become known as the ‘real Avatar tribe’ because of the parallels between their plight and that of the Na’vi in James Cameron’s blockbuster.

A team of experts commissioned by the Environment Ministry to investigate Vedanta’s plan earlier this year warned that the Niyamgiri mine could ‘lead to the destruction of the Dongria Kondh [as a people].’

The Ministry has appointed another expert team to conduct further investigations. Reports indicate that the Environment Ministry will then announce its decision, around the time of Vedanta’s AGM in London on the 28th July.

Last year the UK government condemned Vedanta, declaring that it ‘did not respect the rights of the Dongria Kondh’ and that a ‘change in the company’s behaviour [is] essential.’ The Church of England, the Norwegian government and the Joseph Rowntree Charitable Trust are among the high-profile investors that have sold their Vedanta shares over serious human rights concerns.

Survival’s director Stephen Corry, said, ‘The Prime Minister ought to be protecting the rights of India’s most vulnerable citizens, not helping to railroad through a project that government experts have warned could destroy them.’