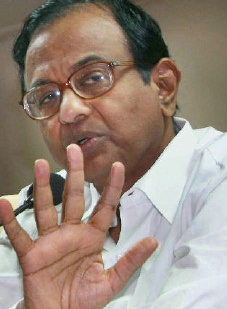 BANGALORE – The Indian government has hit back at civil society groups who claim its “war against Maoists” is targeted at tribals living in the conflict zone rather than the rebels, accusing them of being rebel sympathizers.

Section 39 of the act states that “any person who commits the offense of supporting a terrorist organization with inter alia intention to further the activities of such groups would be liable to be punished with imprisonment for a term not exceeding 10 years or with fine or with both”.

The Maoists were declared a terrorist organization under the UAPA in June last year. Operations against them have been ongoing for several years but in November last year the government launched a coordinated military offensive called “Operation Green Hunt”.

The operation, which is focused on five states in central and eastern India – Andhra Pradesh, Bihar, Chhattisgarh, Jharkhand and West Bengal – aims ostensibly to eliminate the rebel group, which the government claims want to overthrow the Indian state.

Violence between security forces and the Maoists have since reached unprecedented levels. In April, a Maoist attack on security forces in Dantewada claimed the lives of 76 troops, while a roadside bomb destroyed a loaded bus there in May, killing at least 40. The deadly derailment of a passenger train in West Bengal on May 28 killed some 140 people, but the rebels have denied involvement.

Home Minister Palaniappan Chidambaram has come under criticism from civil society activists for Green Hunt’s objectives and strategy. For example, Supreme Court advocate and activist Prashant Bhushan says it seems the operation is aimed not at weakening the Maoists, but at driving out tribals from their homes so mining firms can exploit natural resources on their lands.

“Green Hunt is creating a civil war situation in mineral-rich areas, where tribals live. It plans to drive them out of here so that mining corporations can enter and begin extracting minerals that the military offensive is aimed,” he told Asia Times Online.

Such criticism has raised the hackles of Chidambaram, mining corporations and proponents of the military offensive. Bhushan says anyone who criticizes the government’s approach towards tribals or calls for an end to Green Hunt has now been deemed a “Maoist sympathizer”.

Bhushan is one such activist, Others who share the tag include Booker Prize winner and human-rights activist, Arundhati Roy and Kavita Srivastava, general secretary of the People’s Union for Civil Liberties.

The historian Ramachandra Guha, Delhi University professor Nandini Sundar and retired bureaucrat E A S Sarma, who petitioned the Supreme Court challenging the Salwa Judum – a government-sponsored vigilante group that fights Maoists in Dantewada in Chhattisgarh – have also been named alongside a host of other civil society activists.

The government appears to equating those who are open Maoist supporters with those it labels as sympathizers.

“The government is adopting the [former US president] George W Bush approach,” says Sharanya Nayak, an activist who works on rights issues with tribals in Dantewada and Koraput in Orissa. “It’s ‘if you are not for us, you are against us’ again,” she said.

Nayak claims the government’s definition of a rebel sympathizer is so “open-ended”, that “anyone working for tribal rights will get branded as pro-Maoist”. She said this was the case with Binayak Sen, a doctor who was working among tribals in Chhattisgarh and is a well-known human-rights activist. Sen was arrested in 2007 under the UAPA and the even more draconian Chhattisgarh Special Public Security Act (CSPSA) before being released last year on bail.

Himanshu Kumar, a “Gandhian” who runs the legal-aid NGO Vanavasi Chetna Ashram in Dantewada, has also been repeatedly targeted by the police. His office was burned down last year. Hundreds of tribal activists, including minors, have been jailed for allegedly waging war against the state in Maoist areas.

While some of the organizations may have links with the rebels, most are the NGOs operating not underground but in the public domain. Many are working to improve the rights of India’s most marginalized groups.

Among those on the Home Ministry’s watch list are the PUCL and the People’s Union for Democratic Rights (PUDR), which have functioned as human-rights watchdogs for decades. The PUCL and PUDR have both been sharply critical of Maoist attacks on civilians. Other organizations like the Chhattisgarh Mukti Morcha (CMM) have fielded candidates in state elections.

Thirty of these 57 organizations have been put on a watch-list of higher alert. These include the Bandi Mukti Morcha, a human-rights organization in West Bengal which is led by noted litterateur and social activist Mahasweta Devi. The Bandi Mukti Morcha has been vociferous in its criticism of the West Bengal government, which has been accused of grabbing land from rural poor to sell to private firms.

The Eighty-five-year-old Mahasweta Devi, a recipient of several of India’s highest civilian and literary awards and the Magsaysay prize – Asia’s equivalent of the Nobel Prize – has challenged the home minister to arrest her. “But he has to prove my Maoist connections first,” she says.

Roy, whose essay “Walking with Comrades” led the Chhattisgarh government to contemplate legal action against her under the CSPSA, has now dared the government to arrest her. “I am on the side of the Maoists,” she has said, adding: “I do not care … pick me up, put me in jail.”

Chidambaram and the mainstream media have accused the “sympathizers” of being pro-Maoist and pro-violence. But this ignores that organizations like PUCL and PUDR have criticized the Maoists for their recent deadly wave of attacks.

Political observers say the government’s attempt to silence civil society activists is an error since these people – unlike most politicians or bureaucrats – have travelled in the conflict zones and engaged with a cross-section of society. Civil society workers would know Green Hunt’s flaws and impacts better than anyone else.

Retired director general of police, K S Subrahmanyam, has suggested that Chidambaram should start listening to civil society and human-rights groups instead of relying heavily on intelligence inputs from police. Subrahmanyam says the latter are focused on security and oblivious to the larger issues of structural imbalances, development issues and displacement that many believe underlie the Maoist problem.

Although the government is taking aim at what is calls “Maoist sympathizers”, it seems that no activity has fueled the expansion of the Maoist’s violent activities more than Operation Green Hunt and the mining operations in tribal areas. Both have fed tribal alienation and anger, likely pushing youth to join the the rebels.

Sudha Ramachandran is an independent journalist/researcher based in Bangalore.