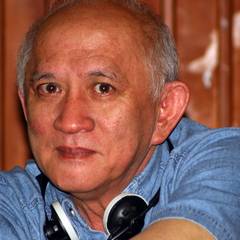 [The Communist Party of the Philippines never provides the number of combatants in the NPA. The figure of 4,000 given below is an attempt to portray the NPA as a declining force in line with army psy-war operations.-ed]

MANILA, June 7 (Reuters) – Maoist-led Philippine guerrillas are ready to resume peace negotiations with the new government of Benigno Aquino III, who is set to be proclaimed president this week, a member of the rebel negotiating team said on Monday.

The 4,000-member New People’s Army (NPA), the military arm of the Communist Party of the Philippines (CPP), has been fighting a guerrilla war for more than 40 years. More than 40,000 people have been killed in the conflict, which has stunted growth and investment in resource-rich areas outside Manila.

The rebels’ negotiating arm, the National Democratic Front (NDF), abandoned talks with the government of Gloria Macapagal Arroyo after Manila declined to free about a dozen rebel leaders who are to take part in peace talks hosted by Norway.
“The NDF has already announced its readiness to resume the peace negotiations with the new government,” Fidel Agcaoilo, head of NDF’s human rights committee and spokesman for the rebels’ peace panel, said in a statement on Monday.

“The ‘Noynoy’ Aquino administration can follow or not the advice of the outgoing officials of the Arroyo regime. Whatever it does, the revolutionary movement is ready to respond appropriately,” he said.

There was no immediate reaction from Aquino’s camp. Aquino, whose win is due to be confirmed by Congress, will take office on June 30.

His peace adviser, Teresita Quintos-Deles, has said the new government has plans to reopen talks with communist rebels and honour past agreements on safety guarantees for negotiators and on human rights and international humanitarian law.

Aquino has also said he is ready to engage with Muslim separatists to try to resolve a decades-old conflict in the south of the country.

Since 1986, successive governments and the NDF have been in on-and-off talks to end one of the world’s longest communist insurgencies. The talks broke down in February when troops arrested 43 health workers attending a seminar, accusing them of being members of an NPA medical unit.